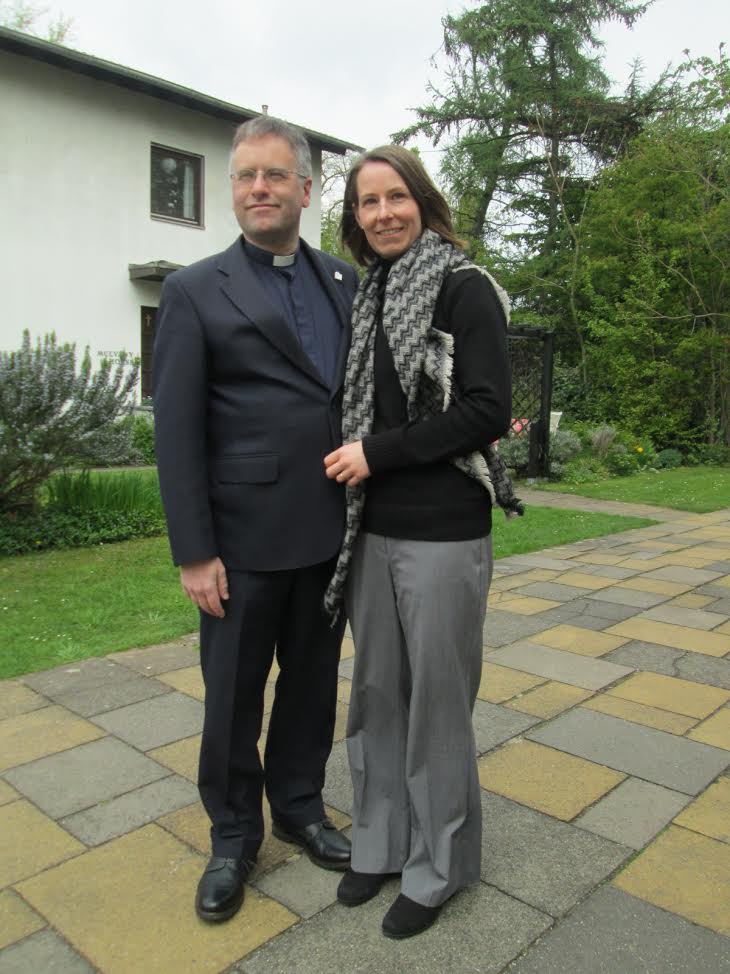 Stephen Walton was born and grew up in Cornwall, in the far South West of Britain. He was baptised in the Methodist Church there, and came to a living faith in Christ as a teenager.

He studied History at Merton College, Oxford University, then lived in an L’Arche community, and then worked as a care worker for people with learning disabilities. After studying theology at Oak Hill Theological College, London, he was ordained in the Church of England in 2003, and served as a curate (assistant pastor) in Leicester, England. For eight years he was then the vicar of three village churches in rural Cheshire,before moving to Düsseldorf in June 2015.

At the moment he is studying for a Master’s degree in theology from Westminster Theological Seminary, Philadephia.

Stephen is married to Gunilla, who is half-German, half-Swedish, and they have three children. He enjoys listening to JS Bach, and reading JRR Tolkien, Patrick O’Brien, and 16 th and 17 th century theology.

He loves walking in hills and forests, and he loves being the pastor of a church.