The Sermon on the Mount

HomeBlogThe Sermon on the Mount

The Sermon on the Mount

One of the most beautiful places on earth is the hills to the West of the Sea of Galilee, in Israel. I was there in June 2018, on a baking hot day, with a group of fellow-delegates to the Gafcon Conference in Jerusalem. We had driven from Capernaum up to a restaurant in the

hills, and after a delicious lunch (of fish from the Sea of Galillee of course). Then we walked down to the Mount of the Beatitudes, 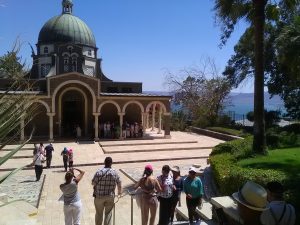 where tradition says that Jesus preached the Sermon on the Mount, and from which one can see the whole sweep of the lake. A church marks the spot where Jesus is said to have sat, and around it is a peaceful garden, with signs planted among the trees giving the text of the eight beatitudes:

Blessed are the poor in spirit, for theirs is the kingdom of heaven.

Blessed are those who mourn, for they will be comforted.

Blessed are the meek, for they will inherit the earth. 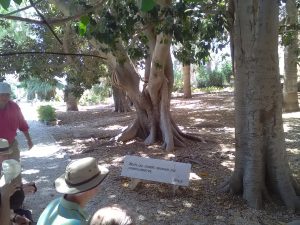 Blessed are those who hunger and thirst for righteousness, for they will be filled.

Blessed are the merciful, for they will be shown mercy.

Blessed are the pure in heart, for they will see God.

Blessed are the peacemakers, for they will be called sons of God.

Blessed are those who are persecuted because of righteousness, for theirs is the kingdom of heaven.

Blessed are you when people insult you, persecute you and falsely say all kinds of evil against you because

Of course, there is no reason to think that this is the actual spot where Jesus preached the Sermon on the Mount. But as our tour guide (the incredible Peter Walker, whose forthcoming DVD of the Holy Land I highly recommend) pointed out, it must have been up in those hills somewhere, so why not have a place where people can go and be quiet and think about Jesus’ sermon?

The Sermon on the Mount has been seen as many things. Some of have read it as a beautiful utopian dream, a peaceful rural retreat from the harsh realities of real, urban life; but hardly something that anyone could actually live by. Others have seen it on the contrary as a revolutionary manifesto, a blueprint for the imminent overthrow of the world and its rulers. Others have seen it as a harsh law, that sets an impossible, despair inducing standard. Others have seen it as a general statement of moral values that everyone can agree with, whether they are a Christian or not. As we listen to the Sermon on the Mount at Christ Church this autumn, I want to suggest that it is none of these things. It is instead Jesus’ description of what it is like to live under his rule, to be committed to seeing God’s Kingdom come and God’s will be done. It assumes that Christians will be different, that they will stand out from the crowd, that they will even seem foolish, because Jesus is their King.

And that means that every time we read part of the Sermon, we are faced with a choice. 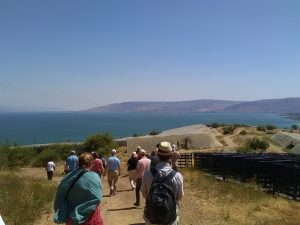 After we had visited the Mount of the Beatitudes, we walked along a path, through a banana plantation, down to the lakeshore. At one point, the path was crossed by a farm track, going as straight as an arrow across the fields. Peter stopped and pointed to some worn basalt slabs poking out from under the soil. “This what is left of the main Roman road between the hills of Galilee and the lake. That’s why it is so straight. If anyone travelled from Nazareth to Capernaum, they would have taken this path. We can be reasonably certain that Jesus walked along here”. 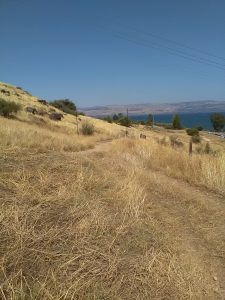 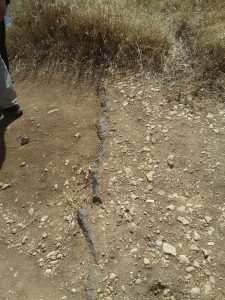 I wonder, if this was the place where Jesus preached the Sermon on the Mount, was he looking at that road when he said: 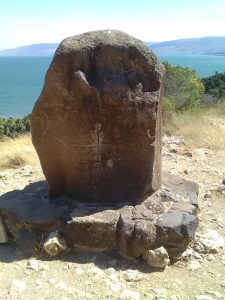