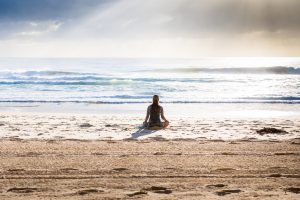 Is this your religion? (simon-rae-IGOBsR93I7Y-unsplash)

What is the most popular religion in the world? Some might say Christianity, some Islam, some Hinduism. But it may be that the most popular religion in the world is one of which you have never heard. This religion can often coexist with another religion; so on the surface someone might sincerely claim to be a Christian, but underneath their real religion, the one that has really captured their heart, and drives their thoughts and actions, is something else. Someone might claim to be an atheist, and still believe in this religion without knowing it. Indeed, you may be an adherent of this religion, and never have known it. I am talking about the religion of Moralistic Therapeutic Deism.

Moralistic Therapeutic Deism (MTD for short) is a phrase from a book by the sociologists Christian Smith and Melinda Lundquist Denton, published in 1995, called Soul Searching: The Religious and Spiritual Lives of American Teenagers. Smith and Denton had surveyed thousands of teenagers to find out what they really believed; not what they said they believed, or what others said they should believe, but what they really believed. They found that the beliefs of these young people could be summed up in five points:

It was this set of beliefs that Smith and Denton called “Moralistic Therapeutic Deism”; there is a very helpful introduction to MTD by Adam4D here: https://adam4d.com/mtd/ . The phrase sums up three core elements in MTD:

Smith and Denton were writing about American teenagers. But with the dawn of the internet, and the growth of globalisation, MTD has arguably spread and become the dominant religion of the Western world. Perhaps this is not surprising, as those teenagers are now in their 40s, and running tech companies, websites, and media outlets. When I was a vicar in rural England, with congregations of older people, I found that it was an accurate description of many people’s basic, default beliefs. In many churches- including evangelical churches- it may be the actual religious belief of most of the congregation. This is because MTD can act as a powerful filter through which people strain what they hear. So people may here the Bible, or a sermon, or a liturgy, and assume that what they are hearing is MTD- even if it was nothing of the sort. Moreover, MTD has actually been taught in churches, and especially in church youth groups, even though people thought that they were teaching Christianity.

The problem is that the religion of MTD is completely antithetical to the religion of Jesus. What Jesus taught is opposed to MTD at almost every point. That has become clear to me as I have read Matthew 10, Jesus’ sermon on mission, which I am preaching on in Christ Church at the moment. Consider how Jesus contradicts MTD: